I stepped outside my back door and a big butterfly, white wings edged in orange, brown and lacy black, rose from the jade bush and danced in front of me, fluttering from one side of the small yard to the other, circling back, and back again, zooming right in close to my face, but not in a threatening way; it felt friendly. It felt like a display. After a little while I pulled my phone from my pocket and tried to take a photo — snap, snap, snap, chasing the butterfly with the phone, never quick enough to catch it in one spot before it had flitted to the next. It never stopped, just kept on dancing, pirouetting, its big wings dipping and flowing. At length I thought I'd check to see if I had captured it in any photos. I looked down at the screen, away from it. No, of course I had not got it. When I looked back up, it had quietly gone. Over the fence and away, as soon as I stopped paying attention.

Closer examination of the snaps revealed that I had caught it a few times — but in flight, blurry or only half there. In reality it looked exactly like a beautiful, well-formed butterfly, not these strange forms. (These are extreme crops, miniscule sections of photos that at first did not seem to include it, and then only as tiny spots.) 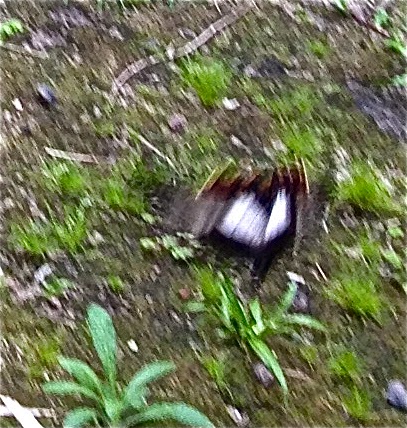 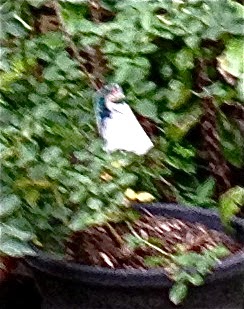 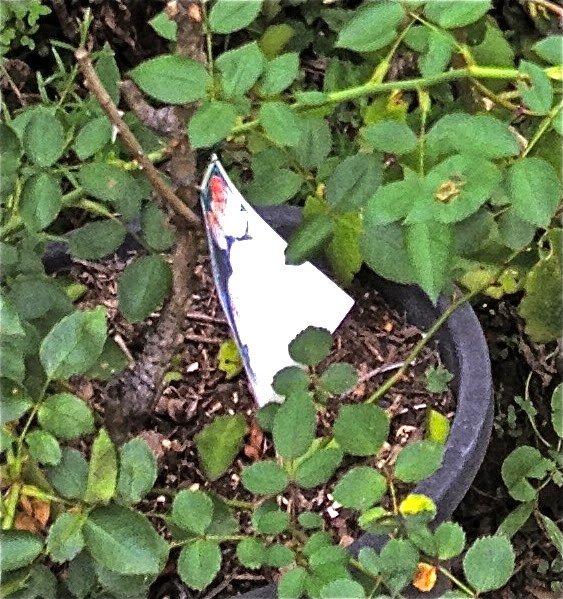 Posted by Rosemary Nissen-Wade at 4:41 PM

Email ThisBlogThis!Share to TwitterShare to FacebookShare to Pinterest
Labels: Finding Your Way Home 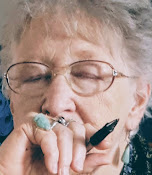 Other places to find my poetry